Rob Edwards, Andretti Autosport CEO, says the team is excited to be getting back to work as new guidelines tweak the format of the first NTT IndyCar Series round of 2020.

Following last week’s confirmation that the IndyCar season will get underway at Texas Motor Speedway on June 6, teams are preparing for an unusual set of guidelines at the famed 1.5-mile oval, but the usual challenge.

Edwards told Motorsport.com: “IndyCar are keeping us down to 20 members per car, which is restrictive but it is definitely a sensible and workable number. Most teams would self-police in these circumstances anyway, keeping their traveling members to just those who needed to be at the track.

“In the case of Andretti Autosport, we would normally take a number of people to support guests and partners at the track, but because of what’s happening, those guests and partners won’t be there, so we’re able to allow certain people from our team to stay at home.

“Of course, in our case, with James Hinchcliffe being on board for this race [Hinchcliffe’s sponsor Genesys is also primary sponsor of the Texas Motor Speedway round], that means we have six cars and therefore 120 people, so we’re responsible for quite a high percentage of the total IndyCar movement down to Texas!”

Regarding the number of personnel per entry, the fact that several team members are used to multi-tasking makes the 20-per-car allotment an easier figure to meet.

“We have seven people over the wall for the pit stops – the airjack operator, a tire changer for each wheel, the refueler and, new for this year, the aeroscreen attendant who removes the tear-offs. Then there are three engineers on the timing stand with the strategist, so that’s 11 members. Plus there are other team members behind the wall who pass tires, hang out the ‘lollipop’, and of course there are spotters. So yes, the 20-person quota fills up quite quickly but they all have plenty other duties back in the paddock.

“IndyCar and Texas Motor Speedway are giving us additional space for the pits, taking up basically all of pitlane, so we’ll all have 45ft pitboxes, and they’re spacing us out in the garages so instead of just the two blocks of garages they’ll spread us out further. And up in the spotters stand, there will be much bigger gaps between them all.

“So… challenging circumstances but everyone’s taking the sensible approach. Practice will probably feel more like a test session, it will look different from usual, but once we get to the race, we’re all competitors and I think the focus on winning will be the same. That’s been bottled up since last September, and that focus on getting back to business will help us tune out the fact that unfortunately there’s no fans in the grandstands.”

No down time for most team members

Edwards says Michael Andretti and the rest of the senior staff reacted swiftly following the abandoned planned season-opener at St. Petersburg in mid-March, but that for most staff members the work hasn’t ceased since then.

“Anyone who had been at St. Pete, we sent them home while we were assessing next steps, and we gave ourselves Monday-Tuesday after St. Pete to put a plan in place,” says Edwards. “From Wednesday, March 18, we’ve basically been shut down until Tuesday last week, but the engineers carried on working uninterrupted. Anyone who could work from home has been doing that, so apart from the guys who actually work on prepping the cars, it’s been a busy last eight weeks.

“In the case of myself and [team president] JF Thormann, we’ve probably been pulling longer hours and working harder than we would at the raceshop because obviously it isn’t as efficient a way of working. It’s a challenging time to try and manage the business, and communication with employees becomes that much harder.

“On the commercial side, we’ve been making good use of Zoom and other tools to keep in contact with partners, and to have drivers in contact with them. Our partners have all been very supportive during this difficult period, but we’ve also been realistic in terms of how they must be affected by this pandemic: they’re grappling with issues within their core businesses and so that has taken priority.”

With the Genesys 600 being reduced to a one-day event, Iowa running two rounds in two days, and similar ‘make-up’ double-headers rumored to be in the works should there be further canceled events, Edwards admits the schedule will be work-intensive but believes IndyCar participants have been bred to cope.

“If we have a major issue [accident] with one of the cars, it will be challenging,” he said of the quickfire Texas schedule and Iowa double-header. “But I think one of the things that people in racing do well is adapt to circumstances. Sometimes it’s not always as pretty as we’d like it to be but we make sure we try and achieve the objective within the desired amount of time. So yes, these events are potentially challenging, but experience has taught us how to deal with these things.

The calendar’s compressed schedule is going to be challenging, too. We have five races in six weeks but that’s not all that different from what we’re used to in May and June: normally we’d have Indy GP, Indy 500 qualifying, Indy 500, Detroit double-header and Texas on consecutive weekends. Everything you do in life is experience that you take forward and learn from.

“Between Roger Penske, Mark Miles and Jay Frye, I think there’s great leadership at IndyCar and I think we all need to appreciate that at times like these. When we get to the end of the season I’m confident they will sit down and assess how the scheduling has worked out, what events look like going forward, and how best to balance racing and testing. It's possible the 2021 schedule will look quite different based on the experiences of 2020.” 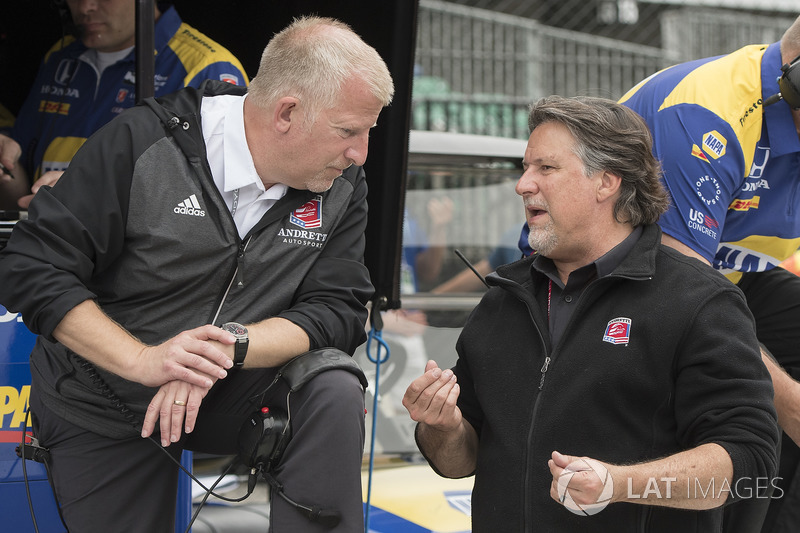 Cleveland reportedly has no plans to trade David Njoku: Here’s what it would cost to complete a deal

Player and team have appeared to reach an impasse in perspective