Felix Rosenqvist is set to leave Chip Ganassi Racing at the end of the IndyCar season to partner Pato O'Ward in the Arrow McLaren SP team in 2021.

Multiple sources have confirmed to Autosport that the Swedish driver will next week end his time at Ganassi, where he made his race debut with the team in March 2019 at St. Petersburg.

Rosenqvist is set to replace Oliver Askew, after it was announced earlier this week that he would not be remaining with the team in 2021, and will partner O'Ward at Arrow McLaren SP.

Over his two seasons with Chip Ganassi's legendary team, Rosenqvist has shone on several occasions, starting with his debut race where he qualified third – ahead of team leader Scott Dixon – and led 31 laps before ultimately coming home fourth.

He then took pole for the Grand Prix of Indianapolis on the IMS road course, took a close second to Dixon at Mid-Ohio and scored another runner-up finish at Portland. 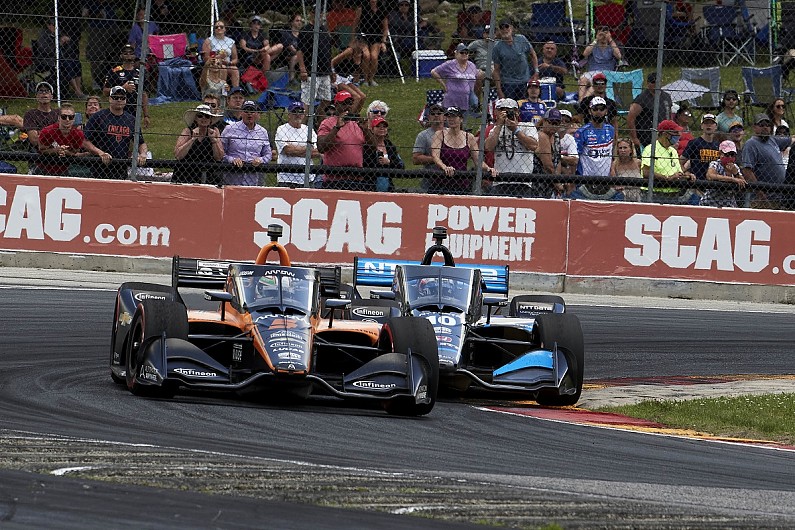 In the season finale at Laguna Seca, Rosenqvist overcame a penalty in qualifying to slice through the pack and finish fifth, clinching sixth place in the championship and the Rookie of the Year title.

This season started badly for Rosenqvist, when he crashed out of second place at Texas while closing on race leader Dixon, but in Road America's second race he triumphed over his future team-mate O'Ward, giving Ganassi a four-out-of-four run to open the season.

His best result in the nine races since then has been fifth in the first round of the Harvest Grand Prix double-header, and he currently lies 10th in the points.

Rosenqvist's manager did not immediately respond to Autosport's quest for confirmation, while the team said only that "the Arrow McLaren SP 2021 IndyCar Series full driver line-up will be announced in due course".

With Dixon under contract and Marcus Ericsson apparently set to stay in the #8 car, Ganassi has also signed NASCAR legend Jimmie Johnson for 2021.

Both team and driver are seeking sponsors to run him in a third car at road and street courses, while Tony Kanaan has been linked to taking this entry on ovals.

Previous Lakers’ Avery Bradley and his wife donate more than $30,000 worth of supplies to WNBA players inside bubble
Next Passan: Braves are making the improbable real against the Dodgers in NLCS