Will Power topped the final qualifying session of the 2020 IndyCar season at St Petersburg, where title contenders Josef Newgarden and Scott Dixon will start from eighth and 11th respectively.

Team Penske driver Power set two laps good enough for pole position in the final 'fast six' qualifying session, with his last effort of a 1m01.0369s earning the 2014 champion his fifth pole of the year.

Power also topped the penultimate stage of qualifying with a time that was some seven-tenths quicker than his pole time.

Team-mate Newgarden, who trails Dixon by 32 points, was capitalise on the Chip Ganassi Racing driver setting the slowest time of the 12 drivers who reached the second stage of qualifying.

However, he was boosted one place on the grid from ninth to eighth after a spin from team-mate Simon Pagenaud cost him his two best laps and dropped him to the rear of the Q2 order, one place behind Dixon.

The Kiwi, who has finished no higher than eighth in the past four races, needs a ninth-place to guarantee his sixth championship title regardless of what Newgarden can manage.

Alexander Rossi will line-up alongside Power on the front row, continuing his impressive end to an otherwise challenging 2020 campaign with Andretti Autosport.

Sebastien Bourdais qualified seventh for the third round of his IndyCar return with AJ Foyt Racing. 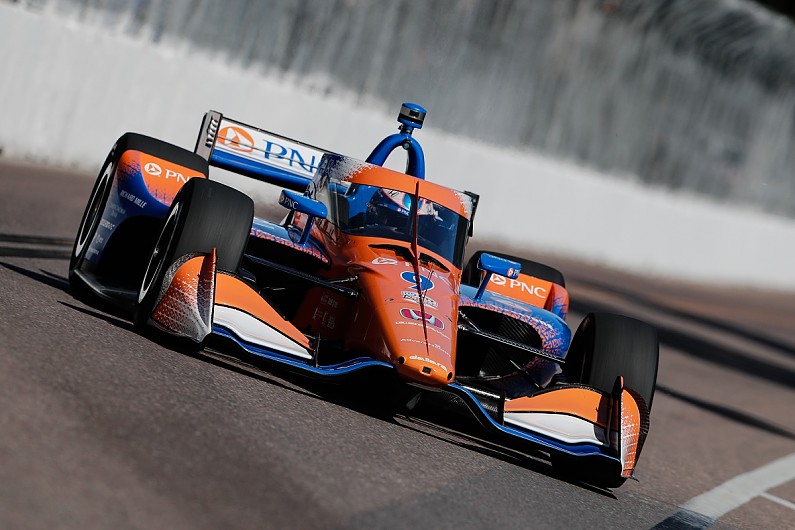 Simon Pagenaud pipped his championship contending team-mate Newgarden to eighth place, while Rookie of the Year Rinus VeeKay rounded out the top 10.

Dixon's team-mate Felix Rosenqvist, who is driving with a fractured right-hand, was knocked out of the first stage of qualifying when he had his lap times deleted for impeding series rookie Alex Palou.

Rosenqvist blamed the incident on a failure of the in-car system that notifies drivers if the cars around them are on a flying lap.

Carlin's Max Chilton was another driver to be sent to the back of the grid after he caused two yellow flag periods at the beginning and end of the first qualifying group.

They'll be joined at the back of the grid by three-time Supercars champion Scott McLaughlin, who clipped the wall in his maiden IndyCar qualifying session with Team Penske.